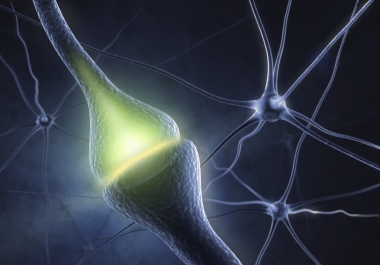 -Harnessing light and genetics, the approach illuminates and modulates the activity of neurons, enables study of brain function and behavior, sets stage for optogenetic therapies

The 2019 Warren Alpert Foundation Prize has been awarded to four scientists for pioneering work in the field of optogenetics, a revolutionary technique that uses light and genetic modification to control the activity of cells in the brain.

Optogenetics holds promise not only for unraveling some of the brain’s more confounding mysteries, including decision-making and behavior, but also for elucidating and manipulating circuits that underlie serious neurologic and neuropsychiatric disorders as well as for testing and monitoring response to treatment.

Optogenetics allows researchers to precision-target neurons in the brain and study how the activity of these cells contributes to simple and complex behaviors. Moreover, optogenetic manipulation of degenerating or aberrant neural circuits in the human brain carries the promise to restore vision loss, preserve movement following spinal cord injury, or dampen down circuits that fuel anxiety, depression and other psychiatric conditions.

Collectively, the work of the four scientists honored this year has transformed neuroscience by allowing researchers an unprecedented degree of control over the inner workings of the brain. Their discoveries established the field of optogenetics, propelled it forward and laid the foundation for optogenetic-based therapies for disorders ranging from Parkinson’s to addiction.

The Warren Alpert Foundation, in association with Harvard Medical School, honors scientists whose work has improved the understanding, prevention, treatment or cure of human disease.

The honorees will share a $500,000 prize and will be recognized at a daylong symposium on Oct. 3 at Harvard Medical School.

• Edward Boyden, the Y. Eva Tan Professor in Neurotechnology at MIT, associate professor of media arts and sciences at the MIT Media Lab and an investigator at the McGovern Institute for Brain Research at MIT, for his insight in leveraging natural biomolecules for the manipulation and understanding of neuronal and brain function, which established and deployed the tools needed for optogenetics.
• Karl Deisseroth, the D.H. Chen Professor of Bioengineering and of Psychiatry and Behavioral Sciences at Stanford University, for establishing the modern field of optogenetics, for rendering the technique an invaluable tool for biological discovery, and for discovering along with Peter Hegemann the key principles of light-sensitive channel structure and function.
• Peter Hegemann, the Hertie professor of Neuroscience at Humboldt University of Berlin, for his study of light-sensitive molecular channels in single-cell organisms—the key proteins that make optogenetic manipulation possible—and discovering along with Karl Deisseroth the key principles of light-sensitive channel structure and function.
• Gero Miesenböck, the Waynflete Professor of Physiology and director of the Centre for Neural Circuits and Behaviour at the University of Oxford in the United Kingdom, for the first demonstrations of optogenetic control of neural activity and animal behavior and for discoveries proving the utility of optogenetics for neurobiological research

“The discoveries made by this year’s four honorees have fundamentally changed the landscape of neuroscience,” said George Q. Daley, dean of Harvard Medical School. “Their work has enabled scientists to see, understand and manipulate neurons, providing the foundation for understanding the ultimate enigma—the human brain.”

“The 2019 Warren Alpert Prize for medical research recognizes one of the transformative technical advances of the past decade. The ability to selectively turn on neuronal signals with light exposure has made achievable a more refined analysis of neural connections underlying behavior,” said Joseph Martin, director and chairman of the board of the Warren Alpert Foundation and former dean of Harvard Medical School.

The advent of optogenetics and the subsequent advances in the field stem from the collective work of many scientists over nearly two decades. However, the four award recipients made the essential discoveries that set the stage for using this approach and enabled researchers to manipulate neurons via genetic modification and light stimulation.

The tantalizing yet far-fetched idea of using light to modify neuronal activity became a reality in 2002 when experiments conducted by Miesenböck demonstrated that it was, indeed, possible to do so. He developed light-sensitive signaling pathways into molecular tools to probe neuronal function at the cellular and systems levels. Miesenböck tested the approach in a living organism—the fruit fly—and demonstrated for the first time that it is possible to use light to control the brain, offering a new way to illuminate its function.

Miesenböck genetically incorporated light-detecting proteins derived from the eyes of flies—light-sensing molecules called rhodopsins—into nerve cells. This achievement did not merely render neurons sensitive to light but also offered a way to control their activity remotely. The outer membrane of these modified neurons was studded with light-activated channels that could control the flow of electric and chemical signals into and out of the cell. This feature allowed scientists to turn the neurons on and off simply by exposing them to light. When a flash of light hits one of these molecular channels, the channel opens up, an electrical current is switched on and the neuron fires, activating the circuit in which it resides.

Another pivotal development in the field of optogenetics came from Hegemann, whose efforts spanning decades were initially focused on understanding how green algae sense light. In the 1980s, Hegemann began exploring how the light-activated molecules in green algae and other simple organisms sense light. Starting in the 1990s, Hegemann and his team identified and molecularly characterized the light-activated molecules in these organisms that allow them to respond to light. Known as channelrhodopsins, these molecules and their engineered derivatives are now ubiquitously used by neurobiologists to turn neurons on and off.  Hegemann along with Karl Deisseroth deciphered the key principles of light-sensitive channel structure and function.

Deisseroth conducted critical experiments showing the rhodopsin proteins first studied by Hegemann in single-cell organisms could be used to activate neurons. Deisseroth and his team—which also included CRISPR pioneer Feng Zhang— then discovered that the mammalian brain had the necessary chemicals to make these proteins functional and developed the viral and optical methods to enable study of behavior. Deisseroth’s team also developed both optogenetic excitation and inhibition of neurons, achieved the first single-cell-resolution optogenetic control of neuronal activity and behavior in living mammals, and deciphered along with Hegemann the key principles of light-sensitive channel structure and function.

Boyden collaborated on critical early experiments underlying optogenetics, and was part of the team—alongside Zhang, Deisseroth and colleagues—that in 2005 published the discovery that the light-gated ion channels from algae previously studied by Hegemann could be used to control neuronal firing. Boyden went on to further develop optogenetics in his own laboratory. He designed light-sensitive proteins to inhibit, rather than to merely promote, the activity of neurons. He further refined optogenetic activators to allow independent control of multiple cells types in the brain. Furthermore, collaborating with pioneers in holographic microscopy, Boyden developed tools to exploit optogenetics as a way to imprint exact patterns of electrical activity on small groups of neurons, mimicking the natural firing.

Thus, the collective work of the four scientists has made optogenetics a ubiquitous tool in neuroscience research, allowing scientists to probe and understand a range of brain functions and dysfunctions including those that underlie sensory processing, motor control, learning, memory, emotion and social behaviors.

“It is truly an honor to be included among the extremely distinguished list of winners of the Alpert Award. To me personally, it is exciting to see the relatively new field of neurotechnology recognized. The brain implements our thoughts and feelings. It makes us who we are. Brain disorders affect more than a billion people around the world. These mysteries and challenges require new technologies to make the brain understandable and repairable. It is a great honor that our technology of optogenetics is being thus recognized.”
-Edward Boyden
“This award is an honor and a testament to the talents and creative energy of the students, postdoctoral fellows, and other trainees that I have worked with over the years at Stanford.”
-Karl Deisseroth
“I feel deeply honored to receive this prestigious award in recognition of the research I conducted with my extraordinary coworkers over many years. I hope the award will promote fundamental basic research for future applications that we have not the slightest idea about quite yet…”
-Peter Hegemann
“I am delighted to be in such good company, and I’m not talking just about my co-laureates. Many of my scientific heroes are among the previous recipients of the Warren Alpert Prize.”
-Gero Miesenböck
Past winners

Other past recipients of the Warren Alpert award include:
• James Allison, Lieping Chen, Gordon Freeman, Tasuku Honjo and Arlene Sharpe for discoveries into cancer’s ability to evade immune surveillance that led to the development of a class of cancer immunotherapies.
• Rodolphe Barrangou, Emmanuelle Charpentier, Jennifer Doudna, Philippe Horvath and Virginijus Siksnys for CRISPR-related discoveries.
• Tu Youyou, who went on to receive the 2015 Nobel Prize in Physiology or Medicine with two others, and Ruth and Victor for their pioneering discoveries in the chemistry and parasitology of malaria and the translation of that work into the development of drug therapies and an antimalarial vaccine.
• Oleh Hornykiewicz, Roger Nicol, and Solomon Snyder for research into neurotransmission and neurodegeneration.
• Alain Carpentier for innovations in bioengineering.
• Harald zur Hausen and Lutz Gissmann for work on the human papillomavirus (HPV) and its role in cervical cancer. Zur Hausen and others were honored with the Nobel Prize in Physiology or Medicine in 2008.

Warren Alpert (1920-2007), a native of Chelsea, Mass., established the prize in 1987 after reading about the development of a vaccine for hepatitis B. The inaugural recipient of the award was Kenneth Murray of the University of Edinburgh, who designed the hepatitis B vaccine. To award subsequent prizes, Alpert asked Daniel Tosteson (1925-2009), then dean of Harvard Medical School, to convene a panel of experts to identify scientists from around the world whose research had a direct impact on the treatment of disease.