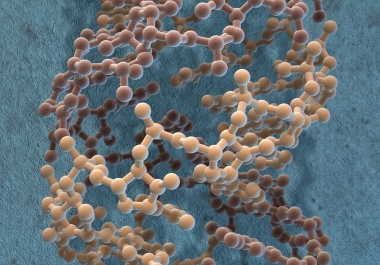 The 2021 Warren Alpert Foundation Prize has been awarded to scientists Lynne Maquat and Joan Steitz for seminal discoveries in the biology and function of RNA, the workhorse molecule of cells. Their discoveries have reshaped the understanding of RNA’s myriad roles in healthy cell function and in disease-causing dysfunction and have informed the conceptualization and design of RNA-based therapies in various stages of development.

Maquat is the J. Lowell Orbison Endowed Chair and a professor of biochemistry and biophysics at the University of Rochester, where she is also the founding director of the Center for RNA Biology and the founding chair of Graduate Women in Science.
Steitz is the Sterling Professor of Molecular Biophysics and Biochemistry at Yale University and a Howard Hughes Medical Institute investigator. She earned a PhD in biochemistry and molecular biology from Harvard in 1967.

Understanding the biology and function of RNA stems from the collective work of numerous scientists over many years. However, the discoveries made by Maquat and Steitz have contributed critical knowledge about RNA’s involvement in a range of cellular processes, including regulation of gene expression and protein production. These insights have, in turn, enabled the design and subsequent development of a range of therapies, including mRNA-based COVID-19 vaccines and treatments for spinal muscular atrophy and Duchenne muscular dystrophy. The discoveries have also laid the foundation for the design of other RNA-based treatments now in various stages of testing or development, including personalized cancer vaccines.

“The discoveries made by the two award winners are stunning in their elegance and impact,” said George Q. Daley, dean of Harvard Medical School. “They have illuminated basic mechanisms of RNA metabolism, pinpointed the molecular roots of a range of inherited and acquired diseases, and enabled the development of customized molecular therapies to treat such conditions. What a beautiful demonstration of the importance of basic discovery in the design of treatments that target the very root of dysfunction instead of merely treating the symptoms of disease.”

Maquat and Steitz will be recognized at a virtual scientific symposium on Oct. 7, 2021, hosted by Harvard Medical School. For further information, visit the Warren Alpert Foundation Prize symposium website.

The Warren Alpert Foundation Prize recognizes the research of scientists throughout the world. Including the 2021 prize, the foundation has awarded nearly $6 million to 74 individuals. Since the inception of the award in 1987, 12 honorees have gone on to receive Nobel prizes.

“One need look no further than mRNA-based COVID-19 vaccines to begin to appreciate the importance of Maquat’s and Steitz’s work in elucidating the biology and function of RNA,” said Joseph Martin, director and chairman of the board of the Warren Alpert Foundation and former dean of Harvard Medical School. “Yet, the significance of these discoveries extends far beyond mRNA vaccines and has implications for a range of other inherited and acquired diseases.”

RNA—a supporting character no more
The code of life is written in DNA—the double-helix molecule coiled tightly and tucked away inside the nuclei of cells. DNA’s existence, structure, and function has tantalized the imaginations and fueled the efforts of many scientists for more than a century.
Research aimed at the genetic code of biologic life has led to many fabled discoveries—from the work of Rosalind Franklin, James Watson, and Francis Crick in the 1950s that elucidated the structure of DNA to defining the sequence of all human genes under the Human Genome Project, which is deemed one of the greatest feats in modern science. These efforts have progressed to develop and refine various gene-editing tools that can “rewrite” the code of life in an effort to correct genetic defects and prevent or cure disease.

Until recently, RNA, the lesser-known molecular partner of DNA, remained somewhat overlooked. Seen as a supporting cast member rather than a central character in the biological processes of cells, it was deemed to be little more than a passive carrier of genetic instructions. This is no longer the prevailing dogma.

Over the past several decades, the single-stranded molecule RNA has gradually taken center stage. Often called the workhorse molecule of cells, RNA is responsible for carrying the genetic instructions contained inside DNA to the protein-making parts of the cell, where these instructions get read and translated into proteins—the motors driving most biologic functions in the body. Beyond transcription and protein production, RNA has also emerged as a regulator and supervisor of cellular functions—a role that allows it to safeguard the integrity of biologic processes. If any of these RNA functions go awry, glitches in cellular performance can arise, leading to defective proteins or insufficient protein production—the basis of disease development.

Discoveries made by Maquat and Steitz have propelled this new understanding of RNA’s role by revealing the versatility and range of its performance.

Steitz’s contributions
Steitz is being recognized for research that elucidated the fundamental biology of RNA and RNA processing and the multiple roles that RNA plays in transcription, splicing, and translation, each one of them critical in regulating key cellular processes including gene expression and protein production and ensuring overall proper cellular function.

The version of RNA that carries instructions from the DNA to the cellular compartment where proteins are made is messenger RNA (mRNA). Steitz’s discoveries as a postdoctoral fellow helped determine how the cells’ protein-making machinery—the ribosome—knows exactly which part of the instruction-carrying mRNA molecule to use in order to produce functional proteins, the building blocks of life. Steitz started out by studying RNA function in prokaryotic cells—those in which the nucleus is not bound by a membrane. This work demonstrated that ribosomes, the protein-making factories of cells, use complementary base-pairing with their own RNA to find where to start and accurately translate mRNA sequences into corresponding proteins.
Furthermore, Steitz elucidated the mechanisms of RNA splicing, a process during which immature, precursor mRNA is transformed into mature, functional mRNA. Critical in this process, Steitz’s work showed, are tiny RNA-protein particles, snRNPs. These particles, her work demonstrated, are building blocks of the cell’s machinery for finding and removing introns from mRNA molecules before they are translated into proteins. When the snRNPs are defective, it leads to mis-splicing, which in turn can cause faulty protein production and can precipitate the development of an array of diseases, including various forms of cancer. Her work further revealed that people with the autoimmune disease systemic lupus erythematosus develop antibodies that mistakenly attack these RNA-protein particles inside the body, a finding that helped shed light on the mechanisms underlying various other autoimmune conditions. Furthermore, Steitz went on to discover the role of snRNPs made by certain viruses to subvert the normal functions of the host cells they infect.

Maquat’s contributions
The focus of Maquat’s work has been to elucidate what goes awry in mRNA production —including mis-splicing—and how such malfunctions can precipitate disease development. In human cells, a complicated network regulates which mRNAs are synthesized and, subsequently, translated into proteins. Inherent to this network is ensuring that the mRNA repertoire in a cell is properly matured and functional, and defining how, when, and where mRNA is degraded when no longer needed to make proteins. Maquat’s research has generated insights into the role of this regulatory network in human health and how glitches in this regulatory network can fuel disease development.

Specifically, Maquat is being honored for her discovery of a mechanism that recognizes and destroys aberrant mRNA in human cells—a process known as nonsense-mediated mRNA decay (NMD). NMD acts as a quality-control system integral to normal cell function. If this protective mechanism malfunctions, it can allow defective mRNA to make faulty proteins, which can in turn interfere with cell function and lead to disease. This quality-control mechanism is believed to play a role in one-third of inherited and acquired human diseases, including many forms of cancer.
Maquat’s work has elucidated which disease-causing mutations in mRNA may trigger the activation of NMD—a finding that explains why two people with the same disease may have different underlying mutations that present clinically as the same condition but may not respond to the same treatment. Such insights have enabled the design of individualized therapies to precision-target a patient’s unique mutation. Maquat’s discoveries have demonstrated that the NMD process not only safeguards against disease-causing mutations but protects against inadvertent mistakes that cells routinely make when generating mRNA. In addition to ensuring the destruction of defective mRNAs, this fail-safe process is critical in regulating the decay of properly functioning mRNAs derived from normal unmutated genes in response to changes in the cells’ environment, including those brought on by stress. Maquat’s work has contributed to understanding the circumstances under which NMD triggers mRNA decay both as part of normal cellular processes and in disease-fueling ones.