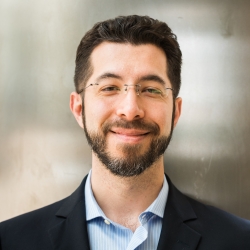 Edward Boyden is the Y. Eva Tan Professor of Neurotechnology, Professor of Biological Engineering and Brain and Cognitive Sciences at MIT’s Media Lab and McGovern Institute for Brain Research, and Co-Director of the MIT Center for Neurobiological Engineering. In 2018, he was selected to be an Investigator of the Howard Hughes Medical Institute.  While a PhD student at Stanford, he discovered that the molecular mechanisms used to store a memory are determined by the content to be learned. In parallel, he co-invented optogenetic control of neurons. In particular, he and co-winner Karl Deisseroth brainstormed about how microbial opsins could be used to mediate optical control of neural activity while both were students. Together, the two of them collaborated to demonstrate the firstoptical control of neural activity using microbial opsins, with Karl, then a postdoc, and Ed, then a graduate student, performing the gene transfection and the optical stimulation respectively.

His lab at MIT pioneered optogenetic neural silencing using microbial opsins, and further developed the optogenetic toolset towards the neuroscience-driven goals of powerful, noninvasive, high-speed, multiplexed, and single-cell targeted optical control of neural activity. Dr. Boyden has received the Grete Lundbeck Brain Prize (2013), the Jacob Heskel Gabbay Award (2013), the Carnegie Prize in Mind and Brain Sciences (2015), the BBVA Foundation Frontiers of Knowledge Award (2015), the Breakthrough Prize in Life Sciences (2016), and the Canada Gairdner International Award (2018).  He is an elected member of the National Academy of Sciences, the American Academy of Arts and Sciences, and the National Academy of Inventors.

It is truly an honor to be included amongst the extremely distinguished list of winners of the Alpert Award, which since 1987 has recognized some of the most exciting scientific discoveries that impact medicine. To me personally, it is exciting to see the relatively new field of neurotechnology recognized. The brain implements our thoughts and feelings and makes us who we are. And brain disorders affect over a billion people around the world. These mysteries and challenges require new technologies to make the brain understandable and repairable. It is a great honor that our technology of optogenetics is being thus recognized.
Boyden Lab