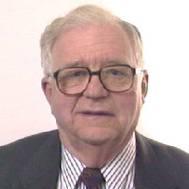 For work in cardiac physiology and pathophysiology leading to the use of monoclonal antibodies to platelet surface antigens in antithrombotic therapy.

EUGENE BRAUNWALD, M.D. is the Distinguished Hersey Professor of Medicine at Harvard Medical School, and the founding Chairman of the TIMI Study Group at the Brigham and Women’s Hospital.

Dr. Braunwald received his medical training at New York University and completed his Medical Residency at the Johns Hopkins Hospital.  He served as the first Chief of the Cardiology Branch and as Clinical Director of the National Heart, Lung and Blood Institute, founding Chairman of the Department of Medicine at the University of California, San Diego. From 1972 to 1996 he was Chairman of the Department of Medicine at the Brigham and Women's Hospital.  He was a founding trustee and Chief Academic Officer of Partners HealthCare System.

Dr. Braunwald’s first major paper was published in Circulation Research in July 1954, and he has been a major force in cardiology in the past half century.  His early work focused on the control of ventricular function and he was the first to measure both left ventricular ejection fraction and left ventricular dp/dt in patients.  His group showed the first neurohumoral defect in human heart failure, defined the pathophysiology of hypertrophic cardiomyopathy and demonstrated salvage of ischemic myocardium following coronary occlusion.  They defined myocardial stunning and ventricular modeling following myocardial infarction. For the past 26 years, as Chairman of the TIMI Study Group, he and his colleagues demonstrated improved patient survival with a patent coronary artery which led to the widely accepted “open artery hypotheses.”  They were the first to show the benefit of preventing adverse remodeling of the infarcted ventricle with ACE inhibition.  In the PROVE-IT TIMI 2 Trial, in 2004, they demonstrated the benefit of more intensive reduction of LDL in high risk coronary artery patients, which has already changed practice guidelines and will favorably affect the lives of millions.

Dr. Braunwald has been an editor of Harrison's Principles of Internal Medicine for 12 editions, and the founding editor of Heart Disease, now in its 9th Edition, the most influential textbooks in their fields.

Science Watch listed Dr. Braunwald as the most frequently cited author in Cardiology; he has an H index of 177. Based on his contributions, Dr. Braunwald has received numerous honors and awards including the Distinguished Scientist Award of the American College of Cardiology, Research Achievement, and Herrick Awards of the American Heart Association, the Gold Medal of the European Society of Cardiology and is the recipient of nineteen honorary degrees from distinguished universities throughout the world.  Dr. Braunwald was the first cardiologist elected to the National Academy of Sciences of the United States.  The living Nobel Prize winners in medicine voted Dr. Braunwald as “the person who has contributed the most to cardiology in recent years”. (Text from tanzan.joslin.harvard.edu/seminar/sites/default/.../Braunwald%20bio.doc‎)