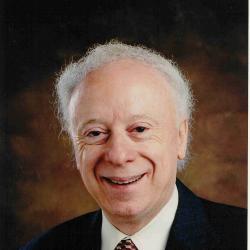 Joseph L. Goldstein is currently Chairman of the Department of Molecular Genetics at the University of Texas Southwestern Medical Center at Dallas.  In 1985, he was named Regental Professor of the University of Texas.  He also holds the Paul J. Thomas Chair in Medicine and the Julie and Louis A. Beecherl Distinguished Chair in Biomedical Science.

Dr. Goldstein and his colleague, Michael S. Brown, discovered the low density lipoprotein (LDL) receptor and worked out how these receptors control cholesterol homeostasis.  At the basic level, this work opened the field of receptor-mediated endocytosis, and at the clinical level it helped lay the conceptual groundwork for development of drugs called statins that lower blood LDL-cholesterol and prevent heart attacks.  Drs. Goldstein and Brown shared many awards for this work, including the Lasker Award in Basic Medical Research (1985), Nobel Prize in Physiology or Medicine (1985), and National Medal of Science (1988).

In recent work, Drs. Goldstein and Brown discovered the SREBP family of transcription factors and showed how these membrane-bound molecules control the synthesis of cholesterol and fatty acids through a newly described process of Regulated Intramembrane Proteolysis.  For this work, Drs. Brown and Goldstein received the Albany Medical Center Prize in Medicine and Biomedical Research (2003).

Dr. Goldstein is currently Chairman of the Albert Lasker Medical Research Awards Jury and is a member of the Boards of Trustees of the Howard Hughes Medical Institute and The Rockefeller University.  He also serves on the Scientific Advisory Boards of the Welch Foundation, Memorial Sloan-Kettering Cancer Center, and the Broad Institute.  He is a member of the U.S. National Academy of Sciences and a Foreign Member of the Royal Society.