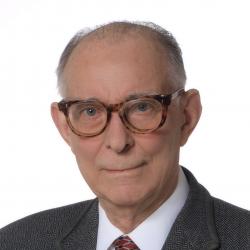 For seminal contributions to our understanding of neurotransmission and neurodegeneration.

Oleh Hornykiewicz was born in Sychiw, then Poland, now Ukraine, in 1926. He studied medicine in Vienna, Austria, and received his M.D. from the University of Vienna in 1951.

Hornykiewicz´s research has centered on neurotransmitter function in normal and diseased human brain , with special emphasis on Parkinson´s disease and other basal ganglia disorders. In 1960, he discovered the severe dopamine deficiency in the brain of patients with Parkinson´s disease and initiated, in 1961, the first clinical trials of levodopa to treat this disorder. For his work in this area, on which he has extensively published,  Hornykiewicz has received numerous honours, prizes and distinctions.

Hornykiewicz has been member of Scientific/Research/Medical Advisory Boards of 13 Research Foundations and he is honorary member of several professional societies. He is full elected member of the Austrian Academy of Sciences and the German National Academy of Sciences Leopoldina. Presently he is Distinguished Professor of Brain Disorders Research at the University of Saskatchewan at Saskatoon, Canada.

To receive specifically the Warren Alpert Foundation Prize, scientifically so closely associated with the Harvard Medical School and its Faculty - to me, it's like reaching the summit! You cannot possibly go further up.
Center for Brain Research