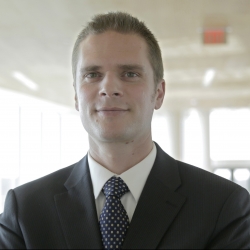 His CRISPR laboratory focuses on the evolution and functions of CRISPR-Cas systems, and their use for bacterial genotyping, building prokaryotic immunity, and Cas9-mediated genome editing in lactic acid bacteria used in food manufacturing.

Dr. Barrangou is the recipient of the 2014 NC State Alumni Association Outstanding Research Award, and of the 2015 NC State Faculty Scholars Award. He has been on the Thomson Reuters Highly Cited Researchers list in 2014 and 2015. Dr. Barrangou is on the board of directors of Caribou Biosciences, a co-founder and member of the Scientific Advisory Board of Intellia Therapeutics, and a founding investor of Locus Biosciences.

Dr. Barrangou has published numerous articles on CRISPR-Cas systems and their use since 2005, including establishing their role as bacterial immune systems, and exploiting them for industrial applications. Following the initial work unraveling the biological function of CRISPR arrays and cas genes, subsequent studies and collaborative efforts identified PAMs as critical sequences for phage DNA targeting, showed that Cas9 is an endonuclease which can cleave plasmid and phage DNA, and provided the first proof of concept that CRISPR can be reprogrammed and transferred heterologously. Dr. Barrangou also established and co-hosted five international CRISPR meetings, and edited the first book on CRISPR-Cas systems.

I am thankful to the Warren Alpert Foundation and to the prize selection committee for their consideration, and I look forward to further serving the CRISPR community.
Barrangou Lab