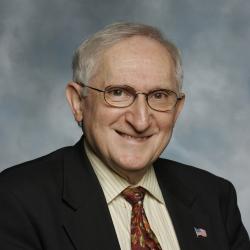 Dr. Pestka is known as the "Father of Interferon" for his seminal work on interferon that gave birth to what is, today, a $6 billion dollar market directed at the therapy of hepatitis, multiple sclerosis, cancer, and other diseases that affect mankind. He was the first to purify interferon, the first to clone mature interferons and the first to develop a commercialized recombinant biotherapeutic—“Roferon A"—while at the Roche Institute of Molecular Biology of Hoffmann-La Roche, where he spent 17 years leading research efforts.

In addition to his position at PBL, Dr. Pestka is Emeritus Professor of the Department of Biochemistry and Molecular Biology at Robert Wood Johnson Medical School of Rutgers, The State University of New Jersey, where he served as Chairman for 25 years. He is presently the named inventor on 270 U.S. and foreign patents and has 442 publications and 178 abstracts in his name. Dr. Pestka is a 2001 National Medal of Technology laureate and received the 2001 Seymour & Vivian Milstein Award for Excellence in Interferon and Cytokine Research; the 2003 Warren Alpert Foundation Scientific Prize from Harvard Medical School; the 2006 Lemelson-MIT Lifetime Achievement Award; the 2003 Molecular Biology Medal from the National Institutes of Health for his role in deciphering the genetic code and the mechanism of protein synthesis; and the 2010 Edward J. Ill Outstanding Medical Research Scientist Award for Basic Biomedical Research.