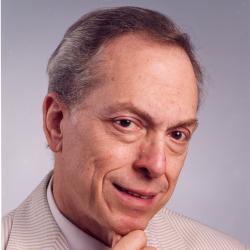 For seminal contributions to our understanding of neurotransmission and neurodegeneration.

Born in Washington, D.C. in December 1938, Dr. Snyder received his undergraduate and medical training at Georgetown University (MD 1962); Research Associate training with Julius Axelrod at the NIH (1963-1965); and  psychiatric training at the Johns Hopkins Hospital (1965-1968).  In 1966 he joined the faculty of the Johns Hopkins University School of Medicine (Asst Professor Pharmacology, 1966-1968; Associate Professor Pharmacology/Psychiatry (1968-1970); Professor (1970).  In 1980 he established the Department of Neuroscience and served as Director (1980-2006).  He is presently Distinguished Service Professor of Neuroscience, Pharmacology and Psychiatry.

Many advances in molecular neuroscience have stemmed from Dr. Snyder's identification of receptors for neurotransmitters and drugs and elucidation of the actions of psychotropic agents.  He pioneered the labeling of receptors by reversible ligand binding in the identification of opiate receptors and extended this technique to all the major neurotransmitter receptors in the brain.  In characterizing each new group of receptors, he also elucidated actions of major neuroactive drugs.  The isolation and subsequent cloning of receptor proteins stems from the ability to label, and thus monitor, receptors by these ligand binding techniques.  The application of Dr. Snyder's techniques has enhanced the development of new agents in the pharmaceutical industry by enabling rapid screening of large numbers of candidate drugs.  Dr. Snyder applied receptor techniques to elucidate intracellular messenger systems including isolation of inositol 1,4,5,-trisphosphate receptors and elucidation of inositol pyrophosphates as phosphorylating agents.  He has established gases as a new class of neurotransmitters, beginning with his demonstrating the role of nitric oxide in mediating glutamate synaptic transmission and neurotoxicity.  His isolation and molecular cloning of nitric oxide synthase led to major insights into the neurotransmitter functions of nitric oxide throughout the body.  Subsequently, he established carbon monoxide as another gaseous transmitter and D-serine as a glial derived endogenous ligand of glutamate-NMDA receptors.

Dr. Snyder is the recipient of numerous professional honors, including the Albert Lasker Award for Basic Biomedical Research (1978), the National Medal of Science (2005); the Albany Medical Prize (2007), Honorary Doctor of Science degrees from Northwestern University (1981), Georgetown University (1986), Ben Gurion University (1990), Albany Medical College (1998), Technion University of Israel (2002), Mount Sinai Medical School (2004), University of Maryland  (2006), Charles University, Prague (2009), Ohio State University (2011); the Wolf Foundation Prize in Medicine (1983), the Dickson Prize of the University of Pittsburgh (1983), the Bower Award of the Franklin Institute (1991), the Bristol-Myers Squibb Award for Distinguished Achievement in Neuroscience Research (1996) and the Gerard Prize of the Society for Neuroscience (2000).  He is a member of the United States National Academy of Sciences and a Fellow of the American Academy of Arts and Sciences and the American Philosophical Society.  He is the author of more than 1000 journal articles and several books including Uses of Marijuana (1971), Madness and the Brain (1974), The Troubled Mind (1976), Biological Aspects of Abnormal Behavior (1980), Drugs and the Brain (1986), and Brainstorming (1989).

I am most grateful for this recognition and greatly appreciate being included together with the distinguished cohort of prior Alpert awardees.
Solomon Snyder Lab