The Warren Alpert Foundation Prize, in association with Harvard Medical School, recognizes and honors one or more scientists, physicians and researchers whose scientific achievements have led to the prevention, cure, or treatment of human disorders or for seminal research that holds great promise to change our ability to treat disease.

Nominations are accepted from physicians and scientists from around the world. U.S. and non U.S. citizens are eligible to be nominated.

The nomination submission deadline for the 2023 Warren Alpert Foundation Prize is November 7, 2022.

The value of the prize is U.S. $500,000 (to be split equally if more than one recipient is selected), a citation and plaque.

A special scientific symposium in honor of the recipiet(s) is held each year on the first Thursday in October at Harvard Medical School.

History of the Prize

For questions about the Foundation, please contact the Warren Alpert Foundation.

Nominations for the 2024 Warren Alpert Prize will open in late spring. 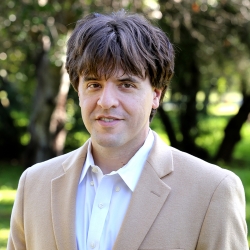 It is an honor and a testament to the talents and creative energy of the students, postdoctoral fellows, and other trainees that I have worked with over the years at Stanford.