Each year the recipient(s) of the Warren Alpert Foundation Prize are recognized at a scientific symposium hosted by Harvard Medical School.

Cardiometabolic Medicines From the Gut: The Glucagon-Like Peptide Story

for identifying the family of Glucagon-Like Peptides through studies extending from cells to humans, culminating in the development of these peptides and related pathway-modifiers as important new classes of  therapeutic agents for treating diabetes, obesity and short bowel syndrome.

Therapeutic Targeting of the Proteasome in Disease

From Drug Delivery to Tissue Engineering: Bioengineering and its Impact on Human Health 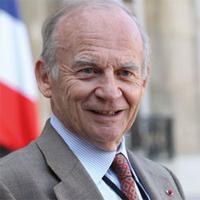 This prestigious award is a great honor for myself, my research team and my country