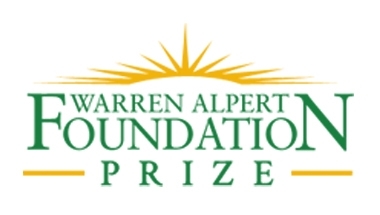 The 2020 Warren Alpert Foundation Prize has been awarded to a trio of researchers for seminal discoveries about the function of key intestinal hormones, their effects on metabolism and the subsequent design of treatments for type 2 diabetes, obesity and short bowel syndrome.

The 2020 Warren Alpert Foundation Prize recipients are:
• Daniel Drucker, senior scientist at the Lunenfeld-Tanenbaum Research Institute of Mount Sinai Hospital in Toronto, Canada, and professor of medicine at the University of Toronto
• Joel Habener, professor of medicine at Harvard Medical School and director of the Laboratory of Molecular Endocrinology at Massachusetts General Hospital
• Jens Juul Holst, professor of biomedical sciences at the University of Copenhagen, Denmark

The understanding of the complex hormonal symphony underlying the regulation of metabolism and gastrointestinal function flows from the work of many scientists. However, it is the seminal discoveries of Holst, Habener and Drucker that propelled the field forward and enabled the design of several new classes of disease-altering treatments.

The three award-winners identified a family of glucagon-like peptides in the 1970s and 1980s and since then have led the field of metabolism research, with studies that went from bedside observations to the lab bench and back to the clinic. The work of the three award recipients has unraveled some of the more confounding mysteries of the so-called “incretin” axis—a hormonal signaling pathway that emanates from the gut to regulate the ebbs and flows of blood sugar in response to feeding and can affect the function of all organs throughout the body.

The scientists’ work—spanning research in cells, animals and humans—culminated in the development of at least three classes of new medications that have profoundly changed the treatment of type 2 diabetes, a disease that affects more than 30 million people in the United States and nearly 500 million people worldwide. One class of treatments informed by the scientists’ work can also be used to correct absorption problems in people with short-bowel syndrome and other conditions marked by intestinal insufficiency. All these therapies have become mainstays in the care of people with metabolic and gastrointestinal diseases.

“The Warren Alpert Foundation has a storied record of recognizing transformative scientific achievements, and the elegant discoveries made by this year’s award winners are no exception,” said George Q. Daley, dean of Harvard Medical School. “Their work is a striking illustration of bedside-to-bench-to-bedside innovation, demonstrating how observations in patients can spark new fundamental insights in the lab and, in turn, catalyze the development of new treatments.”

The award, $500,000 to be shared among the recipients, is given by the Warren Alpert Foundation in recognition of work that has improved the understanding, prevention, treatment or cure of human disease. The prize is administered by Harvard Medical School.

This year’s honorees will be recognized at a virtual symposium on Oct. 1 hosted by Harvard Medical School. For further information, visit the Warren Alpert Foundation Prize symposium website at https://warrenalpert.org/symposium.

The Warren Alpert Foundation Prize recognizes the work of scientists throughout the world. Including the 2020 prize, the foundation has awarded nearly $5.5 million to 72 scientists. Since the award’s inception in 1987, 10 honorees have gone on to receive Nobel prizes.

“The discoveries made by Jens Juul Holst, Joel Habener and Daniel Drucker have reshaped the field of endocrinology and changed the treatment of metabolic and gastrointestinal diseases” said Joseph Martin, director and chairman of the board of the Warren Alpert Foundation and former dean of Harvard Medical School. “Their work powerfully embodies the spirit of the award.”

New clues into a complicated plot

But if glucagon and insulin are the yin and yang of sugar homeostasis, there are other important players that powerfully modulate the levels of these hormones. Among the most critical characters in this cast are hormones known as glucagon-like peptides.

Holst, Habener and Drucker identified these hormones and went on to elucidate their biology and their physiologic function. Taking their work to the next level, these three researchers also played critical roles in the design and testing of therapies informed by their initial discoveries.
In the 1970s, as a young surgical resident in Denmark, Holst was intrigued by the observation that many of his patients who had undergone surgery for intestinal ulcers would experience spikes in insulin and a subsequent drop in blood sugar after a meal.  Holst had already been interested in the role that the gut played in producing molecules that could regulate sugar levels and how the intestines might interact with the pancreas, the chief site of digestive enzymes and insulin and glucagon production. His observations in intestinal-surgery patients provided another tell-tale clue that there may be other players regulating blood glucose homeostasis aside from glucagon and insulin. Holst eventually identified a molecule in human blood that he called enteroglucagon, a specific form of glucagon coming from the gut that is related to yet somewhat different from glucagon coming from the pancreas.
Around the same time, Habener, a young investigator studying diabetes and metabolism, became interested in how glucagon and somatostatin, another hormone made in the pancreas which can inhibit release of insulin and glucagon, were made in the cells of the pancreas. Both glucagon and somatostatin are small peptides made by pancreatic cells known as islets of Langerhans. Some of these cells are also the site of insulin production. Using then-nascent recombinant DNA technology, Habener used pancreatic islets from monkfish to demonstrate that glucagon and somatostatin were encoded in the pancreatic cells as larger, precursor hormones. In the process, Habener observed that proglucagon also contained the amino acid sequences for two similar, but previously unknown, hormones. Further studies in mammals demonstrated the presence of these two new hormones related to glucagon—hence they were named glucagon-like peptides-1 and -2 or GLP-1 and GLP-2 for short. This basic biology work provided the fundamental underpinnings of the clinical and physiologic observations made by Holst and many more that followed.

Subsequent work by Holst, Habener and eventually Drucker, who in the mid-1980s joined Habener’s lab as a fellow, further defined the biology and action of these hormones. Their work demonstrated that GLP-1 is released into the blood from gut cells in response to food intake where it then acts to enhance the release of insulin from the beta cells of the pancreas, as well as suppress glucagon and slow stomach emptying.

These findings suggested that augmenting the activity of GLP-1 could be an important therapeutic target—one that could be exploited to correct the relatively low insulin output seen in type 2 diabetes, where tissues are insulin resistant and sugar-fueling glucagon levels are too high and the levels of sugar-removing insulin too low to overcome this resistance. In an early proof-of-principle experiment, Holst and colleagues performed intravenous and subcutaneous infusions of GLP-1 in patients with type 2 diabetes. As predicted, the treatment lowered glucagon levels, boosted insulin and stabilized blood sugar.

Drucker then went on to further define the role of GLP-2, a close relative of GLP-1 that is also produced in response to food ingestion. This work demonstrated that the principal role of GLP-2 is to maintain growth and function of the intestinal cells responsible for food absorption.

From the lab to the clinic

The focus of the initial work was the action of GLP-1 on the beta cells of the pancreas to enhance insulin secretion, but subsequent work led by Drucker elucidated the effects of GLP-1 in multiple additional organs and systems, including the brain, gut, heart, blood vessels and the immune system.
GLP-1 therapies have been effective in the treatment of type 2 diabetes and, more recently, have emerged as an effective treatment of obesity through actions in the brain to reduce appetite. GLP-1 drugs have also recently shown cardio-protective effects in people with diabetes, a critical consideration in a population that has elevated cardiovascular risk as a result their disease. Research by Drucker has defined the cardiovascular biology of GLP-1 and demonstrated that GLP-1 may exercise a heart-protective effect in people with type 2 diabetes. The development of these therapies promises to  transform the treatment of people with diabetes who have a history of cardiovascular illness.

In the 1990s, Drucker performed critical work to elucidate the function of GLP-2 and became the first scientist to identify its role as an intestinal growth factor, a chemical that regulates intestinal cell growth and proliferation and enhances absorption of nutrients. The findings precipitated the development of therapies to correct various intestinal dysfunctions stemming from short bowel syndrome. One of these therapies has reduced the need for using gastric feeding tubes to provide nutrition in children and adults with the condition.
One feature of GLP-1 is its short half-life—an observation that captured the attention of all three investigators. Holst identified an enzyme called DPP-4 as the culprit responsible for the breakdown of GLP-1 and, as it turned out later, of GLP-2. Holst along with many contributions from Drucker laid the foundation for the development of drug therapies that inhibit the action of the DPP-4 enzyme, allowing naturally produced GLP-1 and GLP-2 to linger longer, enhancing their salutary effects. Currently, DPP-4 inhibitor drugs, often used in combination with metformin and other medications, are a staple of diabetes treatment.